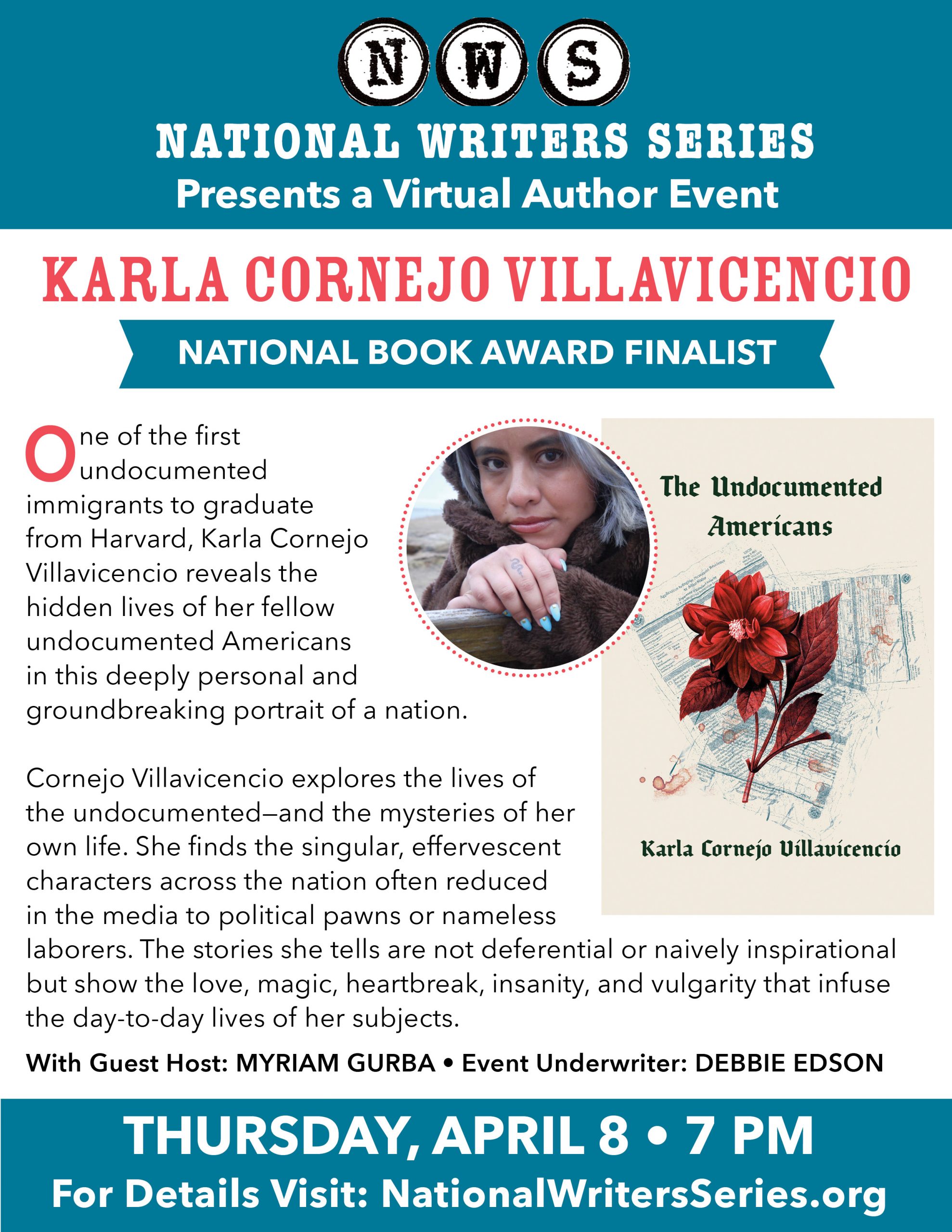 With the publication of her debut book, The Undocumented Americans, Karla Cornejo Villavicencio became the first undocumented finalist for a National Book Award. Her book was also named by Barack Obama as one of his favorite books of 2020 and was long-listed for the Porchlight Business Book Award. The Undocumented Americans was selected as one of the best books of the year by The New York Times Book Review, Time, NPR, The New York Public Library, Book Riot, and the Library Journal. It was also named one of the ten best books of the year by Vulture.

Cornejo Villavicencio joins the National Writers Series for a live virtual discussion on Thursday, April 8th at 7pm. Registration is free (though donations are encouraged). Our guest host for this evening is author Miriam Gurba, editor-in-chief of Tasteful Rude, a Brick House Collective publication. She is also the author of the memoir Mean, a New York Times editors’ choice; Oprah Magazine also ranked Mean as one of the best LGBTQ books of all time.