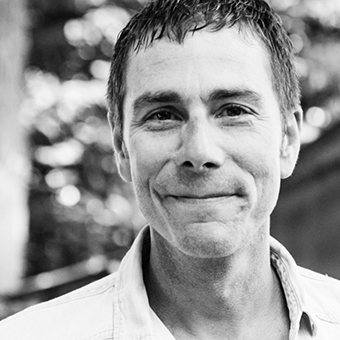 Beyer was a staffer to the nonprofit Sundance Institute for more than 14 years, lastly as Director of Digital Initiatives where he led creative development and operations of digital content and special Institute projects. Later, he joined The Redford Center as Director of Marketing and Distribution.

In a career devoted almost exclusively to nonprofits and connecting audiences to new work, Beyer’s first experiences and original love for the arts came through live theatre. He was a longtime member of the award-winning Holland High School theatre department, spent summers working with Hope Summer Repertory Theatre, and later studied at the acclaimed University of Evansville BFA theatre program in Indiana, The Chautauqua Institute in New York, and was a three-time student company member of The New Harmony Project, a development center in new works for stage and film.

Locally he volunteers on the Traverse City Arts Commission Art Selection Panel, the Collection Committee of the Dennos Museum Center and for Up North Pride events.