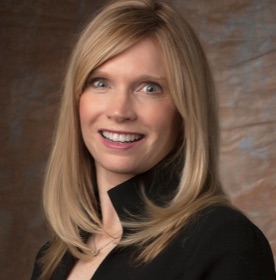 Jill O’Neill is the Executive Director for the Great Lakes Center for the Arts in Bay Harbor, Michigan. Her leadership role began with the organization’s formation in 2013 and she was formally named as GLCFA’s first Executive Director in 2016.
Since opening, GLCFA has presented a year-round calendar of events across a broad spectrum of the performing arts which has featured numerous Michigan arts organizations including: the Detroit Symphony Orchestra, the Grand Rapids Symphony, the Sphinx Organization, University of Michigan School of Music, Theatre & Dance, and lnterlochen Center for the Arts.

Ms. O’Neill is a Certified Public Accountant and worked for Arthur Andersen in Chicago as a Senior Financial Consultant prior to moving to Northern Michigan in 1995. Ms. O’Neill holds a Bachelor of Musical Arts in Flute Performance and a Bachelor of Business Administration, both from the University of Michigan. She has more than 25 years of financial and operational experience including serving as the Chief Financial Officer for Bay Harbor Company.

Ms. O’Neill has been a member of the Traverse Symphony Orchestra and served on the Board of Trustees for McLaren Northern Michigan Hospital, the Petoskey-Harbor Springs Area Community Foundation, and the Women’s Resource Center of Northern Michigan.