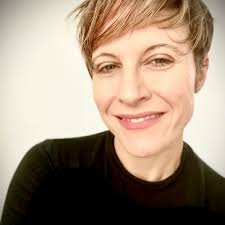 Lott earned her BFA in Ballet Performance from Indiana University, and her MFA in Dance from the University of California, Irvine, where she was awarded a Graduate Fellowship, the Medici Scholarship, and the Sheila K. & James J. Peterson Community Spirit Scholarship. She is certified in GYROTONIC® and GYROKINESIS® and is an ABT® Certified Teacher in Primary through Level 3 of the ABT® National Training Curriculum. She has served on the faculty of Interlochen Summer Arts Camp, and taught master classes and workshops nationally and internationally, including DOCH (Stockholm, Sweden), Ikapa Dance Theatre (Cape Town, South Africa), the Académie Américaine de Danse (Paris, France) and Muhlenberg College (PA). Since 2018, she has had the honor of being one of only eight North American instructors of Countertechnique, an innovative and athletic contemporary dance technique developed by Dutch choreographer Anouk van Dijk. www.lottdance.com, www.tcdanceproject.org.