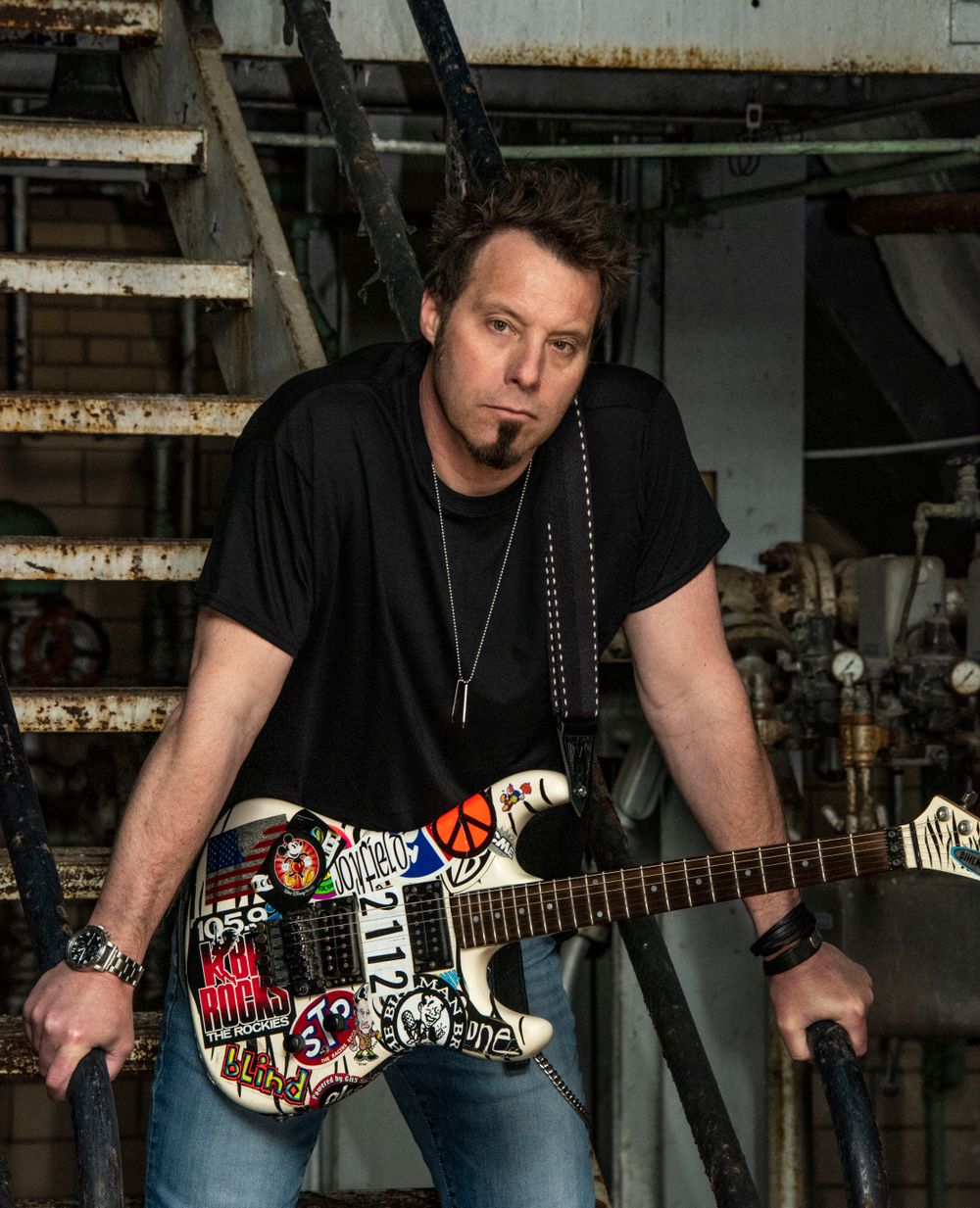 Jabo (Jay-bo) Bihlman is an Emmy award winning guitarist, singer, songwriter and producer. His music has appeared on FOX, CBS, ABC, NBC, CMT and more on shows like “The Good Guys”, “All my Children”, “Burn Notice” and “Sons of Anarchy” on TNT.

As an artist he is the lead singer/guitarist for the popular rock band The Bihlman Bros. He is also the lead guitarist for the MegaForce/Sony artist Grinder Blues, with his brother Scot and legendary King’s X frontman Dug Pinnick. Their first record debuted at #8 on the Billboard Blues Charts.

In the late 90s, Jabo was the bandleader and guitarist for Alligator Records artist Son Seals. With Son, he toured the US & Europe and recorded on the “Lettin’ Go” album for Telarc Records with Trey Anastasio.

His film credits include Deadrise, Love and Dancing starring Amy Smart and Betty White, The Road to 751 Fairfax, Edmund Fitzgerald: 30 years a Legend and Surviving the Bradley. Jabo is also a former Warner Chappel writer and artist.

As an educator, he teaches privately and does clinics on slide guitar and improvisation. He is the author of books and DVDs such as, “Easy Soloing for Blues Guitar”, “Play Blues Guitar”, and recorded and produced the companion CD for “Legendary Licks: Derek Trucks”.

Recently he has taken on the role of DJ on Q100 in Traverse City, MI. He loves the gig because he gets to play whatever he wants, starts at 6pm and has the rest of the day to work on becoming a better guitar player.

He is a graduate of Manchester University, Musicians Institute (GIT) and a member of the National Academy of Television Arts and Sciences, Audio Engineers Society, Screen Actors Guild and the Michigan League of Conservation Voters.