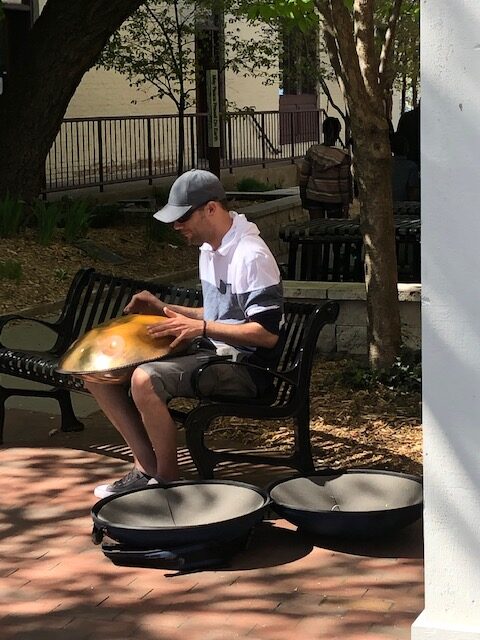 To Accelerate Our Economic Recovery, Look to the Arts

The research is clear: The creative and cultural sectors are a powerful force for helping communities large and small turn the corner on the pandemic’s economic shocks.

The economic shockwave triggered by COVID-19 is not over. Despite recent employment gains, 9.8 million Americans remain out of work. Food and rent insecurity persist, and some — especially Black, Latino and Native American families — continue to experience disproportionate economic distress.

To rebound from an economic catastrophe of this magnitude, state and local governments have to be inventive and entrepreneurial. They need solutions attuned to communities large and small. They need options to nurture tiny microenterprises as well as big businesses. Policymakers have the chance to reseed the scorched earth left behind by COVID-19 by developing more diversified and resilient economies that offer everyone the opportunity to prosper. The arts can help.

New research shows that the arts can accelerate state and local economic turnarounds. A first-of-its-kind empirical analysis conducted by Douglas Noonan at Indiana University studied the role of the arts in economic recovery after the Great Recession, and the data reveals that the creative sector grew more quickly than the general economy in those years. Unlike conventional industrial supply chains, the arts often grow independently from other sectors, which helps to diversify state economies. States with varied arts ecosystems (including the performing, visual, media, design and publishing subsectors) posted bigger economic gains after the Great Recession than their less-diversified neighbors. Creativity also stimulates workforce, rural and tourism development while bolstering civic engagement, making the arts a powerful superfood for building economic strength.

We witnessed firsthand the powerful synergies between the arts and economic recovery in Louisiana after Hurricane Katrina. Supporting the cultural economy’s comeback provided opportunities for the arts to then support the recovery of other economic sectors. There is no more important example than our post-Katrina investments to bring back the New Orleans Jazz & Heritage Festival. Standing the festival back up and promoting it nationally and internationally helped reopen restaurants, fill hotels and bring shoppers to merchants. In many respects, the festival reopened the city and brought back residents and tourists alike. It was a beacon proclaiming to the country and the world that New Orleans was back, open for business and a great place to live, work and play.

Shortly before Katrina, research documented that Louisiana’s arts and cultural enterprises were a major economic engine, employing 144,000 workers — a robust 7.6 percent of the state’s workforce. We also learned that the cultural economy was growing faster than the economy at large. After the hurricane, we knew that the recovery of arts and culture would be paramount to reviving the soul of the state and its economy, so we successfully worked to name the cultural industries as one of the top five sectors prioritized for early economic recovery investments. The comeback of the arts and cultural industries stimulated broader economic recovery across Louisiana.

These benefits are not unique to New Orleans or Louisiana. Case studies by the Western States Arts Federation show how the arts revitalize communities of many kinds, including places that have lost key industries. The arts add a special spark in rural regions, according to the National Governors Association, by mobilizing homegrown creative assets to spur economic growth. And the Noonan study noted that arts employment can boost overall employment even more in rural areas than in urban areas. This is important because rural communities took longer to rebound from past recessions than their urban counterparts and in light of evidence pointing to the disproportionately negative impacts of COVID-19 on rural residents.

As we try to turn the corner on the pandemic, the arts are fortifying communities from northern New England to the Deep South, across the Heartland to the Mountain West. State and local leaders can learn from these experiences. After a year of isolation, the arts also have the potential to bring us together. By including the arts in economic development strategies and investing in the cultural economy, policymakers can help American communities recover from today’s economic shocks and better equip us to withstand the crises we could face tomorrow.

Mitch Landrieu, founder and president of E Pluribus Unum, is a former mayor of New Orleans and former lieutenant governor of Louisiana. Pam Breaux, president and CEO of the National Assembly of State Arts Agencies, previously served as secretary of the Louisiana Department of Culture, Recreation and Tourism.