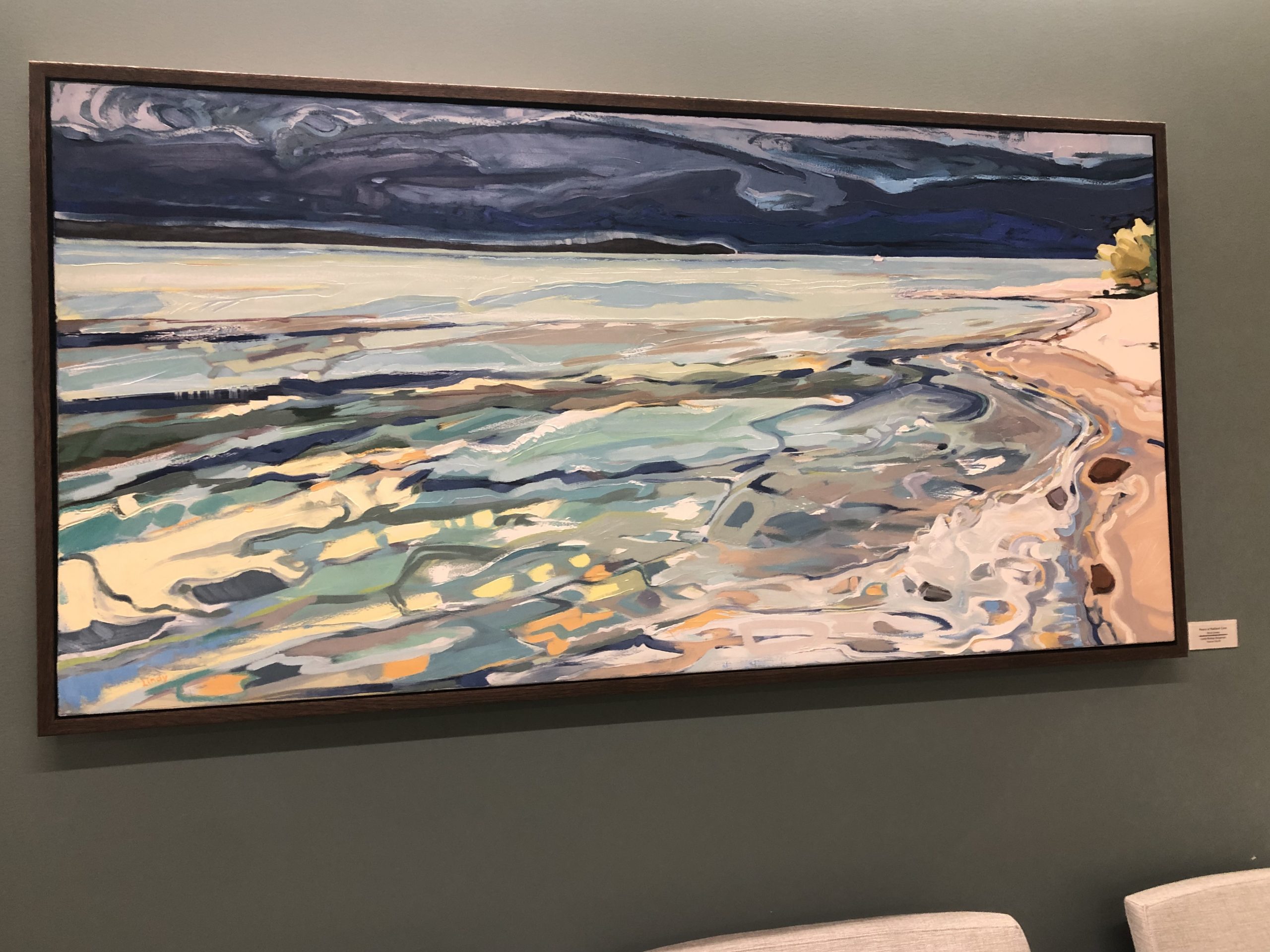 A $4,000 MCACA minigrant supported the acquisition of artwork from northern Michigan artists for McLaren Northern Michigan (MNM)’s new hospital lobby which opened August 2021. The Art Program is part of MNM’s Building the Future of Health Care Project which involves constructing a new wing and renovating parts of our Petoskey Campus facility. The project used art to implement evidence-based design, create a healing environment and enhance the patient experience. MCACA support helped launch the Art Program in the new hospital lobby which has the most traffic and is accessible to the public. Overall, 96 primarily northern Michigan artists were engaged with the entire project.

According to project leaders, the Building the Future of Health Care Art Program has been an overwhelming success with positive feedback from hospital patients, visitors, staff, and local artists and arts organizations. The Program encompasses the entire new hospital wing, including 181 pieces of artwork acquired primarily from Michigan artists. The majority of artwork was purchased and installed by the new wing’s opening on August 14. Grant funding from the MCACA Minigrant Program contributed to the acquisition of 35 pieces of artwork for McLaren Northern Michigan (MNM)’s new hospital lobby.

Support allowed project leaders to focus on the art in the most public space in the hospital which serves as wayfinding, waiting area for the laboratory and radiology services, and family/visitor waiting. During the first two months, nearly 1,500 individuals, including over 400 inpatients and their families, have had the opportunity to experience the art in the new wing. In an average year, McLaren Northern Michigan will serve patients through more than 172,000 outpatient visits and 11,000 hospital stays. The majority of these patients, and their families travel through the new hospital lobby. Additionally, MNM employs more than 1,200 staff and providers who work at the Petoskey Campus and who travel through this space daily.

Art, in its many forms, is an important element of the evidence-based design of the new hospital wing. Art installations provide additional benefits in a health care environment. Whether you are the patient or their loved one, visiting a hospital can be very stressful. Carefully chosen and strategically placed art in the new wing is helping to alleviate anxiety by:
• Providing a positive distraction that holds the viewer’s attention and shifts their focus away from worries, fears, and pain
• Serving as visual cues or landmarks to help with wayfinding and to decrease confusion or feeling lost
• Offering comfort by depicting a familiar place or beloved local attraction
• Absorbing sound to lower noise levels or obscuring unattractive views
• Making the facility feel less clinical, putting patients, families and staff at ease

The Building the Future of Health Care Art Program will continue to benefit hospital patients, staff and visitors for years to come and contribute to the hospital’s long-term goals which include: increased patient satisfaction; shorter inpatient stays; less medications requested/dispensed; and decreased turnover in staff.