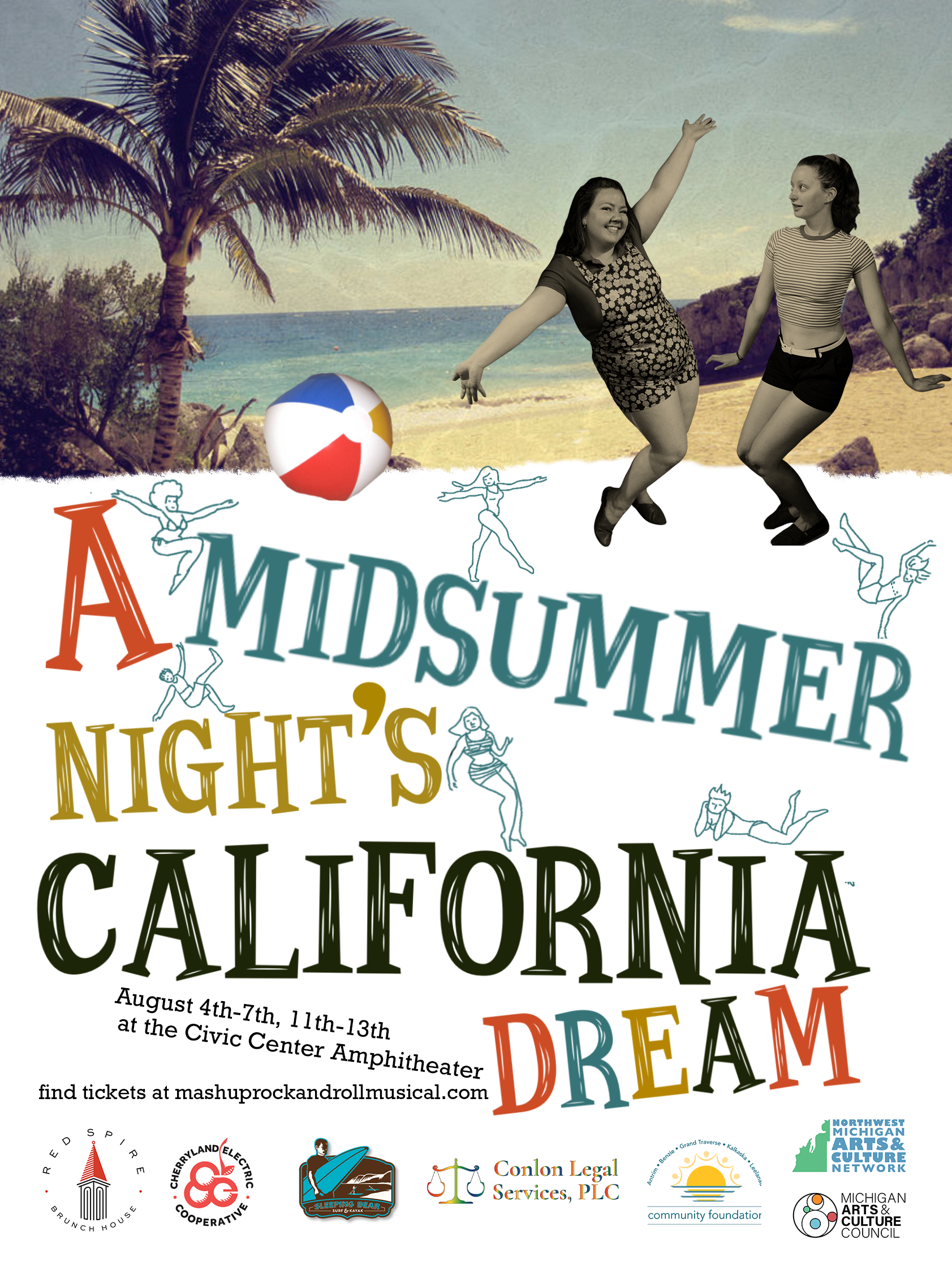 A Midsummer Night’s California Dream was produced in August 2022 at the Parallel 45 Amphitheatre located in the Grand Traverse County Civic Center Park. Set at a 1960s beach party, with a musical soundtrack of classic Beach Boys and The Mamas and the Papas tunes, the story was a reimagined take on the classic Shakespeare comedy through the lens of what we call “Shakesqueer,” featuring LGBTQ+ characters and a play on gender norms while still delivering a comedic romp about the perils of love and the power of transformation.

The production included a cast of 14 performers, a 4 piece band with 6 musicians, 2 stage managers, a lighting designer, sound engineer, costume designer, and two volunteer prop designers. For each performance we had an average of 7 volunteers helping with Front of House. We also had one “Pay What You Can” performance with that show’s partner Up North Pride. This was both to try to make theatre more accessible to all regardless of economic status (our regular tickets were $28 – $38) as well as to help bring light and support to an important LGBTQ+ nonprofit in our community.

As is our practice, we worked hard to find ways to incorporate and invite the community to be included in the experience of our show. Before the show, cast members were out “partying” with the audience as they were seated, passing around beach balls. We sold special dance section seats and invited those folks to come up and dance with us during some of the numbers. We also asked for volunteers to perform in one of the scenes with us, providing the “Salon band” for the fairies’ entrance.