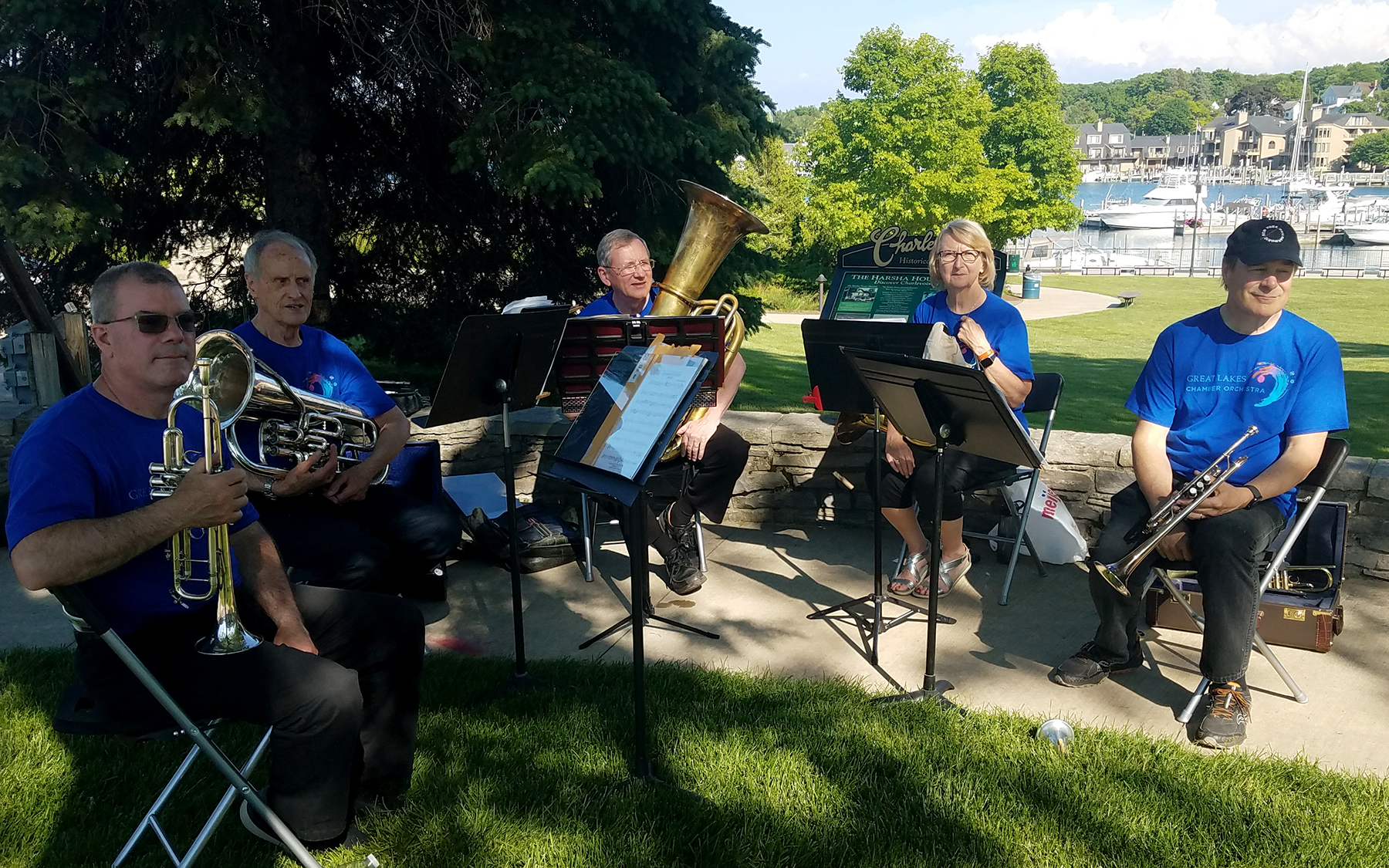 This summer series was organized and directed by 2 GLCO musicians. 27 musicians participated in Little Bay Live” (some multiple times) and all were very excited to determine their concert program and select repertoire of their choice. They were able to create their individual ensembles featuring duos, trios or quartets. Little Bay Live! provided an opportunity for GLCO musicians to perform outside of the concert stage and to be viewed in a casual setting. Musicians often engaged with audience members in a casual setting, talking with people about themselves and the music they were performing, establishing a closer connecting between the GLCO and our audience members and patrons.

This program was designed to make music accessible to more people of all ages; to create casual opportunities to present live performances; and to bring classical and other musical styles to people in our communities where they live. This program strived to open up programming that serves a wide spectrum of the population. The mission of the GCLO is to inspire, entertain and educate through live, professional, community-connected orchestral programming.

These informal musical events not only entertained, but also broadened public understanding of and experiences with classical music and GCLO musicians. Audience members intermingled with musicians (even dancing!). During this past year, we all became more cognizant of the important role music and the arts play in overall well-being. These performances were uplifting and fun and reached all age groups during the busy summer months in our northern Michigan resort communities.